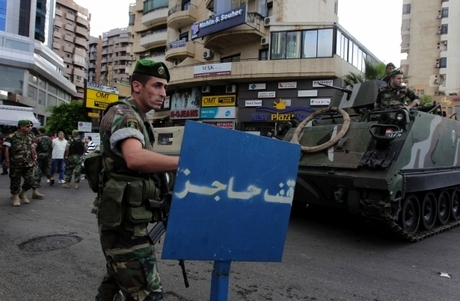 At 7:00 am Sunday Lebanon will launch its first legislative elections in nine years under “tight security measures,” ensuring a calm electoral process.

1,800 ballot boxes in 7,000 polling stations will open Sunday around various Lebanese districts. Some 21,000 security personnel from the Internal Security Forces, the State Security and General Security will be in charge inside polling stations. Meanwhile, the army will maintain security around the centers and roads leading to it, al-Joumhouria daily said Saturday.

Army units carried out their deployment yesterday in all areas of Lebanon according to a security plan in which additional units were allocated to areas considered “exceptional.” They were marked with "red" to prevent any security repercussions as the result of “atmosphere of electoral tension” in areas of “heated” electoral confrontations at the political and sectarian levels, added the daily.

In parallel, work has kicked off in the central operations room intended to coordinate between the various operating rooms belonging to the Lebanese Army, Internal Security Forces, General Security and State Security.