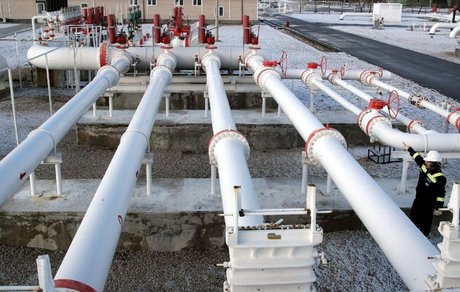 Turkey and Azerbaijan signed on Monday an agreement to build a pipeline to carry 10 billion cubic meters of Azeri gas to European markets starting in 2017, the Anatolia news agency reported.

The deal comes as the EU's plans to build the so-called Nabucco pipeline across Turkey to bring in Caspian Sea gas and reduce Europe's dependence on Russia has struggled to sign up suppliers.

The accord on building the $5-billion (3.8-billion-euro) Trans-Anatolia pipeline was signed by Turkey's Energy Minister Taner Yildiz and his Azeri colleague Natik Aliyev in front of the press.

Under the agreement Azerbaijan's state-owned gas company Socar and Turkey's gas company Botas and its oil company TPAO become the first members of the pipeline consortium, which could be opened to foreign companies, Anatolia reported.

The pipeline would also bring in six billion cubic meters of gas for Turkey.

Azerbaijan's huge Caspian Sea gas reserves are seen as crucial to the success of EU plans which envisage the construction of several pipelines to bring gas from the Caspian Sea and the Middle East and reduce European dependence on Russian energy supplies.

Moscow aims to have its rival 20-billion-euro South Stream pipeline running from Russia under the Black Sea to Bulgaria, Serbia and Hungary before branching out to Western Europe completed by 2015.