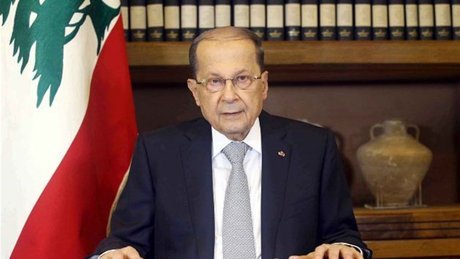 The Lebanese president Michel Aoun has reportedly “signed” a decree granting Lebanese citizenship to dozens of foreign nationals, including Syrian businessmen, despite widespread political and media opposition to the move dubbed as a prelude for“settlement,” the Saudi Asharq al-Awsat reported on Friday.

A Lebanese minister, who refused to be named, said the decree included the names of Syrian, Palestinian, Western and Gulf businessmen, noting that the Lebanese authorities had considered “individual and collective requests for businessmen with problems and obstacles in their work,” according to the daily.

The minister, said “the largest batch of names came from the Maronite Diaspora Institution,” noting that “only 10 Syrians were included in the measure.”

Other reports said the applicants are distributed among businessmen whose naturalization may contribute to stimulating the economy through investments and employment opportunities for many Lebanese and non-Lebanese.

In that regard, Kataeb bloc member, Nadim Gemayel “categorically rejected it,” describing the move as a “project of resettlement.The naturalization decree is a real danger that affects the balance between communities," he said.

For his part, MP-elect Nehmeh Tohme said he supports “granting citizenship to emigrants of Lebanese origin,” describing any naturalization of foreigners as a “surprise move that raises a lot of questions about the intentions behind it.”

Wonder what the traveling politician Al Rahi has to say about that.

The 'Maronite Diaspora Institute' share in this decree were mainly Syrians. The Patriarch has a lot of explaining to do:)

The FPM got 300 more votes and hundreds of millions of dollars as well for this decree.

When the naturalization applies to pro FPM supporters, you don't hear Bassil talking about 'conspiracies' to change Lebanon's social fabric.

This administration is shameless.

Never has Lebanon seen an anti-naturalization president like this one, ever!

I did not see S.O.S categorize the naturalized persons as Christians and Moslems... Only you did that. You deserve the title 'Sectarian' with honors.

As usual with Aounists their rhetoric says one thing and the reality does another. Wonder if Gebran got the usual 30% kickback on each new citizenship his pappy signs or a bulk percentage on the whole thing.

Actually, in addition to Bassil it is his presidential advisors (daughters) involved in this one too.

Of course they are the CEO, CFO, COO and XOXOs of Aoun Inc. SARL.

Bravo Bravo Bravo, way to go! hope we naturalize everybody on z Leb soil. and myb best if we leave them all z country hourah-

President Aoun said he "promises all Lebanese" that the State will take "decisive steps to eradicate corruption" before next Ramadan.

That's right. The fact that most were Christians makes it OK for the president to sell the Lebanese citizenship. Very logical.

This is a PURE business deal: money for citizenship and guess whose pocket(s) the money went to?

None of those on the list live in Lebanon or have contributed to Lebanon. The French President granted an immigrant the French nationality for climbing the facade of a five story building like spiderman to save a child. Our president grants nationality to those who feed his and the FPM bank accounts.