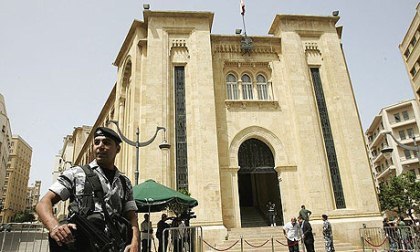 The joint parliamentary committees approved enacting two laws on Thursday on the protection of anti-corruption whistleblowers and a draft on solid waste management after MPs Paula Yacoubian, Sami Gemayel and Elias Hanksh walked out of the meeting following a dispute over the waste issue.

Loyalty to the Resistance bloc MP Nawaf Mousawi said the interlocutors “were able to lay the foundation stone for the enactment of a new law for integrated management of solid waste. This law is a message to the municipalities that they can move immediately.”

For his part, MP Hikmat Deeb congratulated the Lebanese people on what he described as “major step in the trash management file.”

“Protecting those who uncover corruption is a practical step,” said MP Alain Aoun.

Gemayel, however, said: “I don't know what’s the benefit of the meeting is MPs can't tell their opinion.”

Yaacoubian noted after she left the meeting that “waste sorting” is the solution to the problem.

The committees met at Nejmeh Square under the chairmanship of Deputy Speaker MP Elie Ferzli, and in presence of caretaker Ministers of Finance, Water and Energy, Agriculture, and the Caretaker State Minister for Combating Corruption in addition to a number of MPs.

The interlocutors agreed to meet every Thursday to discuss various issues, said Ferzli.