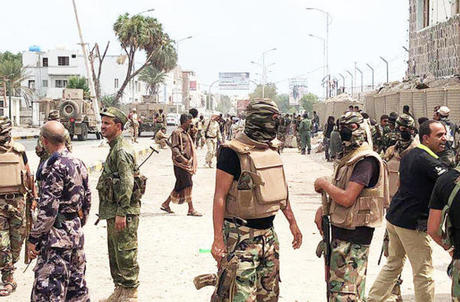 Saudi forces have arrested a heavily armed "extremist" after wounding him in an exchange of gunfire in the kingdom's conservative central heartland, the interior ministry said early Thursday.

The man had embraced the Islamic State group's "ideology" and was found to be in possession of a machine gun, a pistol and multiple rounds of ammunition, the ministry said in a statement.

The man in Al-Bukhariya city was also wearing what appeared to be an explosives-laden belt, state-run Al-Ekhbariya television reported.

The incident comes as the kingdom prepares to host the annual hajj pilgrimage from August 19-24.

The kingdom has seen numerous attacks in recent years by jihadists, including Al-Qaeda and the Islamic State group, against security forces.

It has also seen clashes between Shiite militants and security forces in the eastern provinces.

In July, a drive-by shooting against a checkpoint in central Saudi Arabia and an ensuing gunfight left a security officer, a Bangladeshi civilian and two attackers dead, according to the interior ministry.

And in April, four Saudi policemen were killed and four others wounded in an attack targeting a checkpoint in the southwestern province of Asir.