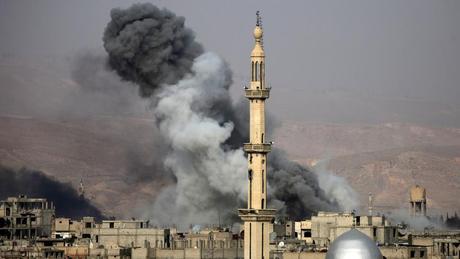 The Syrian Democratic Forces and the US-led coalition supporting them were on high alert after the raid late Friday at the Omar oil field in the eastern province of Deir Ezzor, the Britain-based war monitor said.

Seven jihadists were killed in the attack, which ended at dawn after clashes near the barracks, he added.

Contacted by AFP, neither the US-led coalition nor the Kurdish-led SDF were immediately available for comment.

In October last year, the SDF took control of the Omar oil field, one of the largest in Syria, which according to The Syria Report economic weekly had a pre-war output of 30,000 barrels per day.

"It's the largest attack of its kind since the oil field was turned into a coalition base" following its capture by the SDF, Abdel Rahman said.

IS overran large swathes of Syria and neighbouring Iraq in 2014, proclaiming a "caliphate" in territory it controlled.

But the jihadist group has since lost nearly all of it to multiple offensives in both countries.

In Syria, two separate campaigns -- by the US-backed SDF and by the Russia-supported government -- have reduced IS's presence to pockets in Deir Ezzor and in the vast desert that lies between it and the capital.

Get relevant or gtfo !

"Laugh out loud!" Aka, LOL.
Racism doesn't need a reason. Racism is the reason.
Say it again, Chris.

fake news as usual and this is punishable by the news in Dahieh. The ISF will be notified

hmmmm.... but the giga shi3i told us the USA created ISIS and arms ISIS?

Repulsive troll never having anything to say.