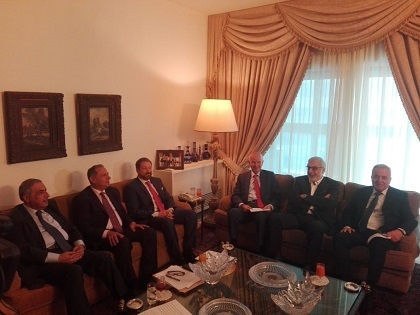 Inspite of the growing “optimism” heralding a near government lineup, “probably on Sunday,” no indicators have shown that a solution is reached for an“obstacle” linked to the representation of a group of independent Sunni MPs, al-Joumhouria daily reported on Saturday.

Quoting well-informed sources, the daily said: “Matters have not yet been resolved in this regard,” pointing out that “Prime Minister-designate (Saad Hariri) categorically rejects the allocation of a ministerial portfolio to any of the independent lawmakers at the expense of his al-Mustaqbal Movement.”

A group of independent Sunni MPs demand the allocation of ministerial portfolios in the government arguing that “Sunni representation must not be confined to Hariri's al-Mustaqbal Movement.”

Hariri for his part denies the presence of a “Sunni obstacle” delaying the formation of the government.

Reports say that Hariri's mission which is facing Christian wrangling over key ministerial portfolios is expected to further complicate over the Sunni one.

then solve it, Hariri, solve it ! and let the decent Sunnis represent themselves in Lebanon... ALmustahbal group and voters are of Saudis descendent, and we don't want them.

LOL, the day we see decent independent shiah-representation in a Lebanese government, then Ill be fine with independent sunnis.

Government of technocrats. Only solution for Lebanon,