U.S. Transferring IS Suspects from Syria to Iraq, Says HRW 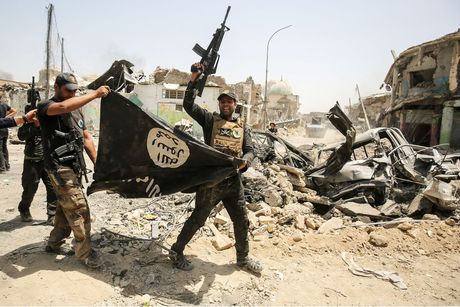 US forces have been handing over suspected jihadists captured in Syria to the authorities in Iraq, where they face torture and botched trials, Human Rights Watch said on Wednesday.

The New York-based watchdog said the United States had transferred suspected members of the Islamic State group for trials in Baghdad.

"The US should not be transferring IS suspects from Syria to Iraq or elsewhere if they will be at risk of torture or an unfair trial," HRW's Nadim Houry said.

The rights group said independent observers told them that several foreign defendants -- including from France, Australia, and Lebanon -- were tried in Baghdad recently and reported being captured in Syria.

In some cases, the defendants said they had never been to Iraq before.

"Faced with the refusal by many countries to take back their nationals, the US seems to have taken the easy way out by transferring some to Iraq and be done with it," Houry said.

The fate of hundreds of foreign suspected IS members detained by the Kurdish forces in the semi-autonomous northeastern region of Syria has become something of an international political and legal hot potato.

Most of their governments have refused to repatriate them for trials at home and the Kurdish administration holding them has signalled it did not intend to try them locally.