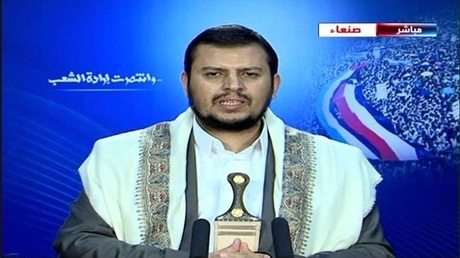 Yemen's rebel chief vowed Wednesday never to surrender to Saudi-backed pro-government forces, but appeared to acknowledge his forces had lost ground in a battle for the port city of Hodeida.

"This is not happening and will not happen ever."

The Huthi rebels, northern tribesmen linked to Iran, on Wednesday acknowledged incursions by the Saudi-led coalition and accused pro-government forces of provoking an escalation in violence.

"The enemy benefits from its numbers, which it has increased even further to pressure the city of Hodeida," the Huthi chief said.

Nearly 200 combatants have been killed over the past week in the fight for Hodeida, which the rebels seized along with the capital in 2014.

International aid groups on Wednesday appealed for safe passage for civilians as the clashes approach hospitals in the city.

Honorable man unlike the saudis.