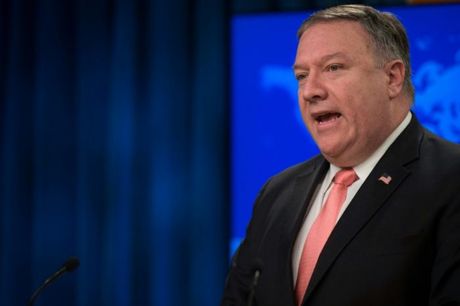 The US State Department said Wednesday that the encounter between Secretary of State Mike Pompeo and top North Korean official Kim Yong Chol, initially scheduled for Thursday, had been shelved for "a later date".

No further explanation was given, but Pyongyang is demanding sanctions imposed on it over its weapons programmes are eased, while Washington insists they should stay in place until it denuclearises.

South Korean foreign Minister Kang Kyung-wha said it was Pyongyang that had asked for a delay.

"The US told us that it received a message from the North to postpone the meeting," Kang told lawmakers, according to Yonhap news agency.

South Korean reports said that Kim -- one of North Korean leader Kim Jong Un's right-hand men -- had been scheduled to catch a lunchtime flight from Beijing to New York on Wednesday.

But his reservation was repeatedly cancelled and rebooked on Tuesday, the Chosun Ilbo newspaper reported, until it was cancelled for good.

The sudden postponement came only two days after the US State Department announced Pompeo would meet the North Korean in New York to discuss progress towards denuclearisation and plans for a second summit between President Donald Trump and leader Kim Jong Un.

Trump and Kim held a historic summit in June in Singapore -- the first ever between the two countries -- where they signed a vaguely worded deal on denuclearisation.

Little progress has been made since then, with the two countries sparring over the exact meaning of the agreement.

Despite warm words from Trump since meeting Kim in Singapore, his administration has insisted on maintaining pressure on Pyongyang until a final agreement is reached.

North Korea, which is subject to multiple UN Security Council sanctions over its weapons programmes, warned last week that it would "seriously" consider returning to nuclear weapons development unless Washington lifts the restrictions.

Koo Kab-woo of the University of North Korean Studies said that the differences over sanctions were probably the "biggest reason" for the postponement.

"Kim Jong Un needs a visible outcome that can be felt by the ordinary people, and for that, North Korea desperately needs sanctions to be lifted," Koo told AFP.

"If there was a problem, it's possible there was a clash between Pyongyang's demand for sanctions to be relaxed even by a little bit and Washington's firm stance that the restrictions will remain," he added.