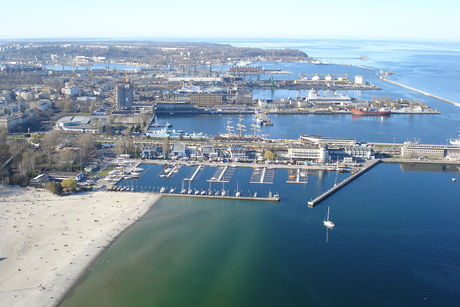 A North Korean worker with a Dutch company operating at a Polish shipyard has filed a lawsuit alleging inhumane and slavelike conditions, his lawyer said Thursday.

The unnamed worker from the impoverished communist state was working for the company in the Baltic Sea port of Gydnia, which makes parts for international shipping firms.

"A North Korean worker, who has worked for years in conditions similar to slavery for the Polish company Crist S.A., has lodged a case against a Dutch company that has been repairing and building ships there for years," Dutch law firm Prakken d'Oliveira said.

The North Korean worker filed the case in the Netherlands and not Poland because Dutch law lets people sue companies that gain benefit from the exploitation of employees, lawyer Barbara van Straaten from the Prakken d'Oliveira firm said.

The lawyer said the name of the Dutch firm involved in the case was not being made publicly available for now to avoid any interference with the investigation.

“It’s difficult for me to comment on this concrete case,” Tomasz Wrzask, a Crist S.A. company spokesman, was quoted as saying by Polish daily Gazeta Wyborcza.

North Korea's use of overseas workers has been well documented, but estimates on their numbers vary greatly.

The Seoul-backed Korean Institute for National Unification quoted defectors in 2016 as saying that North Korea had a goal of sending 10,000 workers overseas each year to a total of 27 countries.

While the vast majority of workers are in North Korean allies China and Russia, labourers have been discovered in Poland in the past, drawing scrutiny in the European Parliament.