Brent Oil Drops under $70 for First Time since April 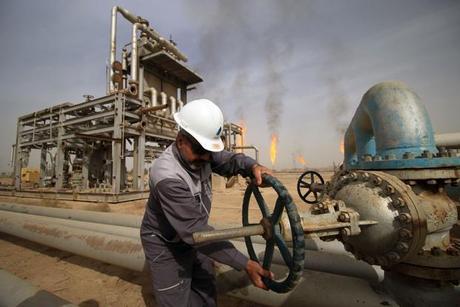 Brent struck a seven-month low points on surging US energy stockpiles before a weekend meeting of major oil producing nations.

Benchmark oil contract, Brent North Sea crude for delivery in January, slumped to $69.13 per barrel, the lowest level since April.

It later recovered to $69.75, but still down almost a dollar since Thursday's close.

"European markets are following their Asian counterparts lower... as a hawkish Fed quelled bullish sentiment seen throughout much of the week," noted Joshua Mahony, analyst at IG trading group.

"The dollar has been the centre of much of the post-Fed price action, with recent declines in the greenback reversing overnight.

"The strength in the dollar has helped enhance the decline in the pound," which took a knock also from mixed British growth data, he added.

Shares in European energy companies meanwhile tanked in the wake of oil's drop.

Stock markets had enjoyed a midweek rally after traders bet that the expected gridlock on Capitol Hill would keep US President Donald Trump from pushing through measures that would likely stoke inflation and in turn rate hikes.

Rising US borrowing costs have been one of the major issues weighing on global equities this year.

However after its latest policy meeting Thursday, the Fed repeated that it expected "further gradual increases" in the key interest rate as the US economy strengthens.