Shaken by Car Bomb, Mosul Fears Return of IS Nightmares 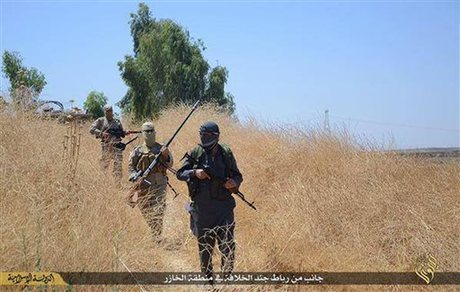 A deadly car bomb in Iraq's Mosul, the first since the city was recaptured from jihadists, has left residents shaken and terrified that past nightmares are returning to haunt them.

The blast late on Thursday hit the popular Abu Layla restaurant in Mosul, the northern city that for three years served as the Islamic State group's Iraq headquarters.

When residents awoke to the scene of destruction on Friday morning, they feared their bloody past with IS was not yet behind them.

"We were liberated, so we thought that security was back," Mossab, a 25-year-old restaurant employee, told AFP.

"But now it's worse than ever."

Three people were killed and 12 wounded in the bombing, medical and security sources said.

The restaurant suffered significant damage. One side, which sits on a road junction, seemed to have its windows blown out and the facade partly sheared off.

The cars in the street all had shattered or cracked windscreens and were covered in black ash and debris.

Mossab's car, parked nearby, was one of them.

"I've been working for four years to save up to buy it, but it all went in the blink of an eye," he said, devastated.

Iraqi security forces deployed outside the restaurant on Friday, standing guard as cleaning crews worked to remove the debris.

Khodor Ali, a 38-year-old who lives nearby, was worried there would be more violence.

"If the security situation stays like this, then our future is in the gutter," he told AFP.

Troops and paramilitaries recaptured Mosul in July last year, months before the government declared IS had finally been defeated in Iraq.

But the group still carries out bloody hit-and-run attacks, mostly in the rugged mountains of the north and in desert areas along the western border with Syria.

There was no immediate claim of responsibility for Thursday's attack, but a statement by security forces blamed it on "terrorists."

"If they weren't able to protect the city, they shouldn't stay," he said angrily.

"The only thing these officials want are senior posts. They told us, 'IS is finished' -- but then there's a car bomb that kills innocent people."

City officials have pointed the finger at the security forces deployed across Mosul.

"One of the main reasons we're seeing a deterioration of the security situation is that there are too many decision-makers," said member of parliament for Mosul, Ahmad al-Jarba.

Between Iraq's central military command and the Hashed al-Shaabi paramilitary force, both of which are stationed in and around Mosul, there were mixed signals on security, Jarba said.

He said endemic corruption had also played a role.

Iraq is the 12th most corrupt country in the world, according to monitoring group Transparency International.

Mosul's residents have shouldered much of the rebuilding themselves, opening restaurants and shops along the Tigris river that divides the city in two.

But after Thursday's blast, the specter of IS seems closer than they had thought.