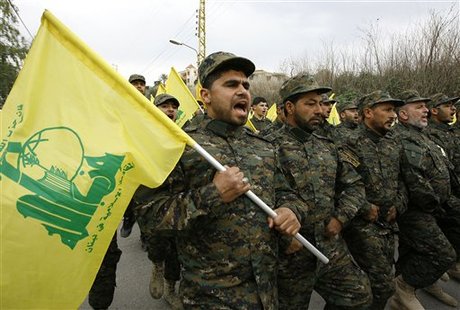 The U.S. Treasury expanded its attack on Hizbullah's financial network Tuesday, hitting key representatives of the Lebanese group in Iraq with sanctions.

Among the four, Al-Zaydi was a key coordinator between Hizbullah, Iran's blacklisted Revolutionary Guards, and their supporters in Iraq, the Treasury said.

He is close to alleged Hizbullah financier Adham Tabaja, and coordinated smuggling oil from Iran into Syria.

He also sent Iraqi fighters to Syria allegedly on behalf of the Revolutionary Guard, the Treasury said.

The other three were also involved in collecting intelligence and moving money for Hizbullah in Iraq, it said.

"Hizbullah is a terrorist proxy for the Iranian regime that seeks to undermine Iraqi sovereignty and destabilize the Middle East," said Sigal Mandelker, Treasury under secretary for terrorism and financial intelligence.

those sort of sanctions are "targeting" Hezbollah since 2000, and the Lebanese resistance is stronger than ever.... why this waste of effort!

bless anyone person, entity, organization, brigade or country that inflicts extreme pain and unbearable suffering, death, torture, and destruction upon the iranian sectarian terrorist militia and its members, financiers, sponsors, supporters or followers wherever they may be.