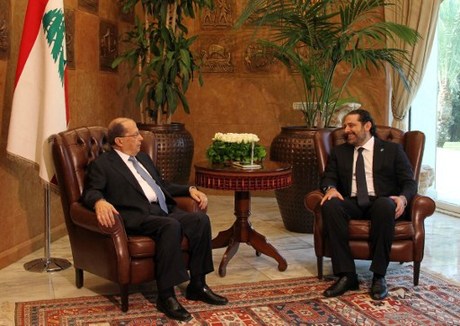 The political parties are mulling a swap of Maronite and Sunnis seats between President Michel Aoun and Prime Minister-designate Saad Hariri as an exit from the government formation deadlock, media reports said.

Under the proposal, Aoun would give up the Sunni seat in his share in return for Hariri's giving up of the Maronite seat that is part of his share, informed sources told Kuwait al-Anbaa newspaper in remarks published Sunday.

“This would raise Aoun's Maronite seats to two instead of one and Hariri would recover the Sunni seat that he had given to Aoun, raising the number of his Sunni seats to five out of six. This would give the sixth Sunni seat to Hizbullah, which would save everyone from embarrassment,” the sources said.

“In this case, Hizbullah would guarantee the appointment of Faisal Karami, whose nomination has been rejected by Aoun, while Hariri would lose the seat of Ghattas Khoury, his favorite adviser,” the sources added.

Why don't you play the musical chairs, and let this masquerade end.

"Hizbullah would guarantee the appointment of Faisal Karami, whose nomination has been rejected by Aoun"

This is Hizbullah's version of this