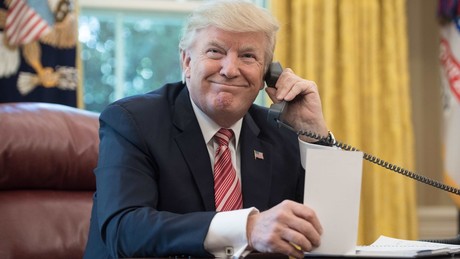 “We deeply value the partnership between our two countries and applaud the great progress your government has made over the past year, including by holding a successful legislative election and remaining steadfast in the fight against terrorism,” Trump says in the cable.

“The United States looks forward to working with a new Lebanese government that is committed to upholding Lebanon’s sovereignty and political independence,” the U.S. leader added.

“The United States stands firm in our support for a prosperous, secure, and peaceful Lebanon,” Trump went on to say.

Hariri has been trying to put together a cabinet since May 24.