UN Envoy in Yemen for 'Sternest' Talks as Famine Stalks 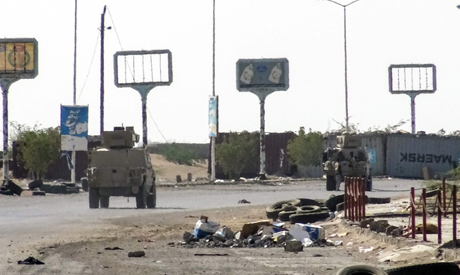 The UN Yemen envoy faced his "sternest test" on Wednesday as he flew into the rebel-held capital Sanaa for talks on averting all-out fighting for the lifeline port of Hodeida and widespread famine.

Under heavy Western pressure, the government and its Saudi-led military backers have largely suspended a five-month-old offensive on the Red Sea port city as UN envoy Martin Griffiths makes the biggest peace push in two years.

But a devastating all-out assault on the city's vital docks still threatens as coalition commanders scent a potentially game-changing victory in their three-and-a-half year war on the Iran-backed Huthi Shiite rebels.

UN agencies say up to 14 million Yemenis are at risk of starvation if the port of Hodeida is closed by fighting or damage.

The city is virtually the sole gateway to the capital and rebel-held territory in the densely populated highlands, and some 80 percent of commercial food imports and virtually all UN-supervised humanitarian aid pass through its docks.

Griffiths did not comment to waiting reporters on his arrival at Sanaa International Airport, an AFP photographer reported.

He was expected to hold afternoon talks with rebel political leaders as he attempts to revive a peace process that collapsed in acrimony in Switzerland in September when the rebels failed to show up.

The Huthis have said repeatedly that they need stronger security guarantees from the international community that they will be given safe passage through the crippling air and sea blockade the coalition has enforced since March 2015.

- 'Sternest test' -The international community is demanding in return that the rebels halt all offensive operations, particularly missile attacks on neighbouring Saudi Arabia, and commit to joining talks on handing over of the port of Hodeida to UN control.

"If his mediation efforts succeed in preventing a destructive battle for Hodeida, he could build momentum toward reviving a peace process that has been stalled for the past two years.

"But if he fails, peace in Yemen will look increasingly remote and the prospects for its embattled population increasingly dire."

Both sides have in the past week expressed support for the envoy and his mission to convene new peace talks in Sweden, but fierce clashes flared again in Hodeida late Tuesday.

Just hours before Griffiths' arrival in Sanaa, residents in the east of Hodeida told AFP by telephone they could hear fighting, and reported shrapnel falling in residential neighbourhoods.

- Call for truce -On Monday, Britain presented to the UN Security Council a draft resolution urging an immediate truce in Hodeida and setting a two-week deadline for the warring sides to remove all barriers to humanitarian aid.

The proposed resolution would significantly ratchet up pressure on the Saudi-led coalition and the rebels to seek a negotiated settlement.

It also calls for a large injection of foreign cash to support Yemen's collapsing currency and for salaries of civil servants, teachers, and health workers to be paid within a month.

Multiple past attempts to hold negotiations have failed.

Griffiths said Monday he hoped the rivals would meet in Sweden "within the next few weeks". No date has been set.

- 'Stop selling weapons' -The rebels overran Sanaa in late 2014, when they also took control of Hodeida and its port.

Both parties in the conflict stand accused of acts that could amount to war crimes.

Although Western governments have condemned civilian deaths in Yemen, they remain political and military backers of Saudi Arabia, which is a regional ally and spends billions of dollars on arms from the United States, Britain, and France.

They have come under increased domestic political pressure to halt, or at least attach conditions to, their arms deliveries since the murder of dissident Saudi journalist Jamal Khashoggi in the kingdom's consulate in Istanbul last month by top agents Riyadh insists were acting without orders.

The World Health Organization says nearly 10,000 people -- mostly civilians -- have been killed in Yemen since the Saudi-led intervention began, but human rights groups believe the toll may be five times higher.

The World Food Programme says up to 14 million Yemenis are at risk of starvation.

Save the Children said on Wednesday that some 85,000 infants under the age of five may have died of severe malnutrition or related diseases between March 2015 and this October based on UN agency figures.