Hariri 'Won't Step Down' despite 'Rumors' 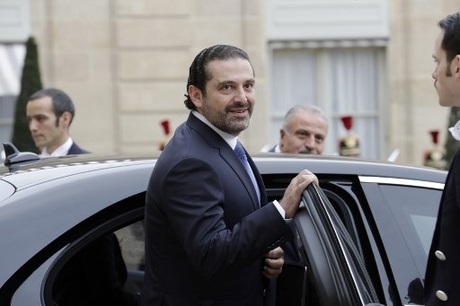 Prime Minister-designate Saad Hariri does not intend to step down despite the ongoing deadlock in the government formation process, Center House sources have said.

In remarks to al-Joumhouria newspaper, the sources dismissed reports suggesting that Hariri’s recent silence will eventually be followed by a decision to resign.

Hariri’s silence is aimed at saying that the ball is in the court of the other parties and that he has nothing to do with the latest obstacle, sources close to Hariri told Asharq al-Awsat daily.

Separately, sources informed on the formation process told the newspaper that several parties are to blame for the latest setback.

Caretaker “Foreign Minister Jebran Bassil rushed things and he should have waited for some time before announcing that settlement candidate Jawad Adra would join his bloc,” the sources added.

As for the redistribution of portfolios, the sources denied that Hariri is seeking to add a Maronite minister to his share.

“He is not demanding this and has never raised it. He will accept any Christian minister regardless of their sect and the sect is not important to him,” the sources went on to say.

“Hariri has called for returning to the norms governing the formation of governments and has said that there is a constitution that should be implemented instead of inventing new norms,” the sources added.

“He will not reject getting the information ministry in return for another portfolio that he would give up if that is the solution,” the sources said, stressing that the PM-designate has offered everything he can to facilitate the formation process.