A Glimpse at Carlos Ghosn's Ties to Lebanon 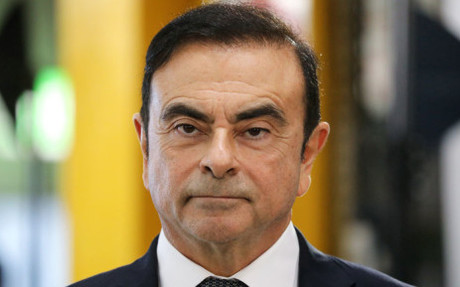 Before he was detained in Japan over alleged financial misconduct, car industry tycoon Carlos Ghosn had increasingly invested time and money in Lebanon.

Ghosn is also a national of Brazil, where he was born, and of France. Here is a brief overview of his ties to the tiny Mediterranean country where his parents were born:

- The former head of the Renault-Nissan-Mitsubishi alliance in 2008 co-founded the Ixsir winery outside Beirut, which now produces around 500,000 bottles of wine a year.

- He holds 4.6 percent of the capital of Saradar Bank, whose assets and capital were worth $2.7 billion (2.35 billion euros) and $235 million respectively in September, according to data cited by Bank Audi.

- In the real estate sector, he has invested in several construction projects led by Conseil et Gestion Immobiliere (CGI), a Saradar Bank subsidiary.

- They include Cedrar, a project to build around 60 luxurious chalets near one of Lebanon's iconic Cedar tree reserves at a cost of around $30 million, according to a source who requested anonymity.

- Ghosn is accused of using a Nissan subsidiary to pay for a personal residence in Beirut, sources close to the Ghosn investigation have said.

- Despite being a renowned figure, Ghosn kept a low profile on his visits to Lebanon, choosing to mingle with close friends and relatives.

- Many there see him as a glowing example of Lebanese business acumen, and the Beirut authorities in 2017 issued his image on a postal stamp.

- In 2003, the American University of Beirut (AUB) awarded Ghosn an honorary doctorate, and then made him a member of its board of trustees.

- He is also a member of the strategic board at the University of Saint Joseph (USJ), a prominent French-speaking institution.

- In 2012, USJ opened up a teaching position and masters programme in road safety management in partnership with the Renault Foundation, and it has inaugurated a space on campus named after the businessman.

- Over the past decade, Ghosn's name was whispered during two presidential crises in Lebanon. But acquaintances say he never expressed any interest in entering the country's politics.