Pompeo Says U.S. to Mull Sanctions on Anyone who Backs Hizbullah 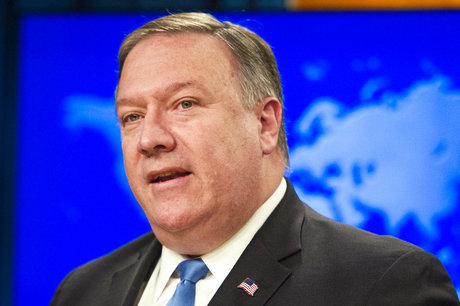 U.S. Secretary of State Mike Pompeo on Monday announced that Washington might impose sanctions on anyone who backs or deals with Hizbullah.

Asked about reports that the U.S. intends to slap sanctions on Parliament Speaker Nabih Berri and his AMAL Movement, Pompeo said during a press conference that Washington will consider sanctions against anyone who supports or deals with the Tehran-backed party.

And noting that Hizbullah is not a political movement but rather an armed group, the top U.S. diplomat said he told Lebanese officials during his recent visit to Beirut that the U.S. will not tolerate Hizbullah's continued growth and rise in Lebanon and the region.

Earlier in the day, Lebanese Ambassador to the U.S. Gaby Issa said reports claiming that Berri will be placed on a U.S. sanctions list were unfounded.

Pompeo should mull sanctions on blablablablablabla's deep and wide luv tunnel as it is the main source of income that he uses to finance Shiism and terrorism.