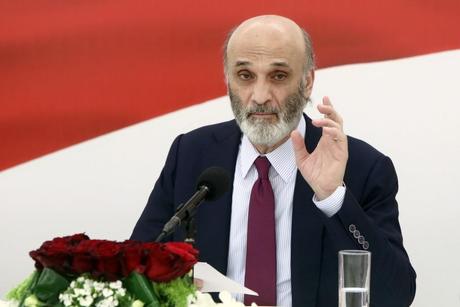 “The solution lies in exerting a Lebanese diplomatic effort with Russia, seeing as it is the only force present in Syria and it has ties with Iran and the Syrian regime, in order to create safe zones on the Syrian side of the border with Lebanon,” Geagea said after a meeting for the Strong Republic bloc.

He added: “The international community would continue to offer aid, the same as it is doing now in Lebanon, and through that we would secure a dignified life for the refugees, but in Syrian rather than in Lebanese territory.”

Geagea looks much more Israeli with a beard.