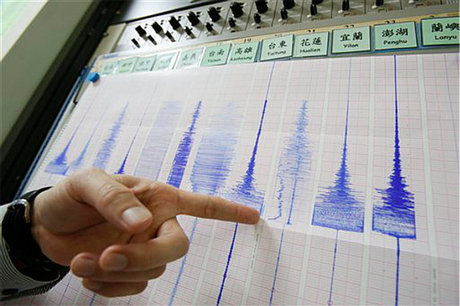 In the capital Taipei, highrises swayed violently while some panicked school children fled their classrooms in eastern Yilan county, according to reports.

Local media said the quake had been felt all over the island and a highway connecting Yilan and Hualien was shut down due to falling rocks.

The island's central weather bureau put its magnitude at 6.1.

The Japan Meteorological Agency warned people living near the coast could notice some effects on sea levels, but said there would be no tsunami.

"Due to this earthquake, Japan's coastal areas may observe slight changes on the oceanic surface, but there is no concern about damage," the agency said.

Hualien was hit by a 6.4 magnitude earthquake last year that killed 17 people.

Taiwan lies near the junction of two tectonic plates and is regularly hit by earthquakes.

The island's worst tremor in recent decades was a 7.6 magnitude quake in September 1999 that killed around 2,400 people.