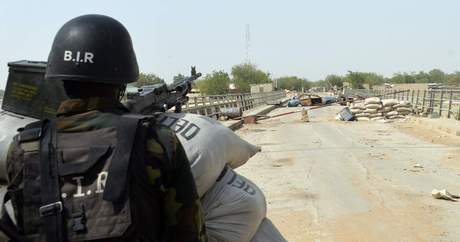 "Boko Haram made an incursion at night in the Tchakamari area. The toll is 11," a source close to security services in the area said, confirming a report from a member of a local self-defence militia.

It was the deadliest Boko Haram raid in recent months in Cameroon. The bodies were "charred", the source close to security services said, adding that the attackers had burnt the village.

The dead included both children and the aged and began at around 10 pm and lasted until about 1 am Friday.

The Boko Haram conflict began in 2009 in neighbouring Nigeria and has killed more than 27,000 people and left 1.8 million homeless in the country's northeast.

The violence has spilled into neighbouring Niger, Chad and Cameroon.