Jumblat: Shebaa Farms are not Lebanese 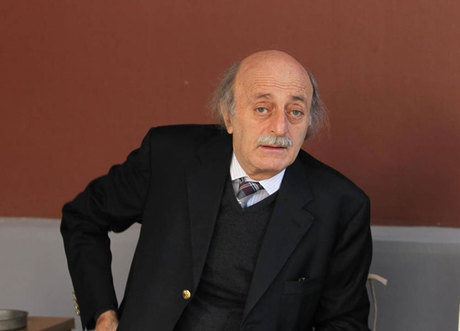 Progressive Socialist Party chief ex-MP Walid Jumblat on Friday said in an interview to Russia's state-owned English-language channel RT that the Israeli occupied “Shebaa Farms are not Lebanese,” noting that Hizbullah is a political party representing around 30% of the Lebanese people.

“In my opinion, Shebaa Farms are not Lebanese. After the liberation of the south in 2000, the maps of the south were changed by Syrian officers in partnership with Lebanese officers. Theoretically, we occupied Shebaa farms and Wadi al-Asal. The first geographical change came on paper in order to keep Syrian and non-Syrian pretexts calling for the liberation of Shebaa,” said Jumblat in his remarks.

“The Syrian regime holds historic spite for Lebanese politicians who opposed it,” he added.

On the US sanctions on Iran and Hizbullah, Jumblat said the “current US administration is tougher than its predecessors when it cancelled the nuclear agreement (during Obama’s term) with Tehran.”

He added: “Meaningless spending must stop.Why all these (Lebanese) embassies in the world? Why are there imaginary salaries for some military. We can do a lot besides fighting corruption.”

"The United States and the majority of countries in Europe provides great military assistance to the Lebanese army, and financial for the displaced Syrians in Lebanon,” adding "after termination of the nuclear agreement, there is a new US policy to punish the Islamic Republic of Iran and its branches including Hizbullah.”

Jumblat is a sellout, he sold his own Druze people to the salafis during the Syrian war, and he would sell his country too if he had the chance.

There is lebanese living and occupying shebaa but in the maps your master rewrite is under syrian control. Why do you think the dogs in dahie never attacked or did any effort to claim shebaa in 2000? Under the law its not lebanese.

When Aoun says "Shebaa Farms are not Lebanese" he is hailed as the 'Strong President' but when any other politician says the same he is labeled an Israeli zionist.

You realise, of course, that this statement pulls the rug from under the feet of Hizballah, who for years have claimed that they will not lay down their arms until Israel leaves every centimeter of Lebanese territory.
UN has stated that for years, and now Jumblatt has declared that the last point of dispute is not Lebanese territory, so what now for the Government of Lebanon and its professed adherence to Resolution 1701.