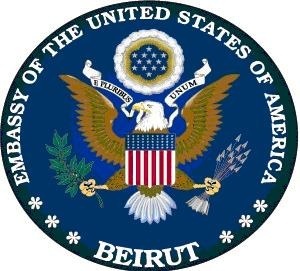 The U.S. Embassy in Beirut on Wednesday warned U.S. citizens in Lebanon of “heightened tensions in the region,” urging them to “maintain a high level of vigilance.”

“The U.S. Embassy in Beirut advises all U.S. citizens of heightened tensions in the region. We strongly encourage U.S. citizens to maintain a high level of vigilance and practice good situational awareness,” the embassy said in a security alert published on its website.

It accordingly urged its citizens to “keep a low profile,” be aware of their “surroundings,” review their personal security plans and have travel documents up to date.

Earlier in the day, the U.S. ordered all non-emergency staff to leave its embassy in Baghdad and consulate in Arbil, as tensions mount between the United States and Iraq's neighbor Iran.

A State Department advisory announcing the partial embassy closures warned of numerous "terrorist and insurgent groups" active in Iraq, including "anti-U.S. sectarian militias" who could "threaten U.S. citizens and Western companies throughout Iraq."

Tensions have sharply escalated between arch-rivals Washington and Tehran since U.S. President Donald Trump withdrew last May from the 2015 international Iran nuclear deal which removed sanctions in exchange for curbs on Iran's nuclear program.