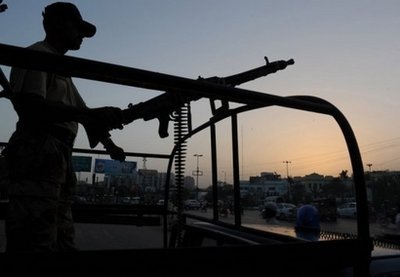 Three activists from a civil rights movement were killed Sunday as they clashed with the Pakistani troops in a restive tribal region near the Afghan border, the military said.

The Pashtun Protection Movement (PTM) has rattled the military since it burst onto the scene earlier last year with a call to end alleged abuses by security forces targeting ethnic Pashtuns in the restive tribal areas along the border with Afghanistan.

Mohsin Dawar and Ali Wazir, both members of parliament, led a group that attacked a checkpost in Boyya in North Waziristan tribal district to "exert pressure for release of a facilitator of suspected terrorists," the military said in a statement.

"In exchange of fire, three individuals who attacked the post lost their lives and 10 got injured," it added.

"Ali Wazir along with eight individuals has been arrested while Mohsin Javed (Dawar) is at large after inciting the crowd," the statement said.

North Waziristan, once plagued by militancy and unrest, is where Washington believes that Pakistan is providing safe haven to militant groups including the Afghan Taliban and the Haqqani Network.

The army has carried out multiple operations in the region, and security there and across Pakistan has dramatically improved in recent years.

But the military maintains a heavy presence there still, and the PTM has unleashed festering anger over the alleged abuses against Pashtuns across the country, including enforced disappearances and targeted killings.

The movement remains peaceful, but has been notable for its direct verbal attacks on the armed forces in a country where such criticism is largely seen as a red line.

Pashtuns are a fiercely independent ethnic group that straddle both sides of the border between Pakistan and Afghanistan.

They account for roughly 15 percent of Pakistan's population, with a majority of the 30 million-strong group living in the northwest and a significant population in the southern port city of Karachi.