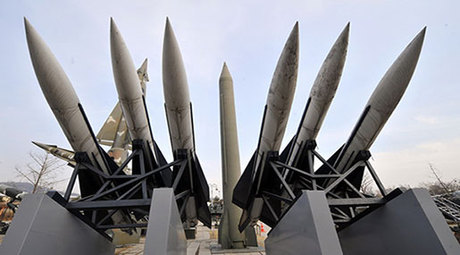 A senior source from Iran’s revolutionary guard has confirmed Hizbullah chief Sayyed Hassan Nasrallah’s latest remarks that “there are no precision missile factories in Lebanon at the moment,” a media report said.

“But this does mean that there are no missile factories but that Hizbullah had stopped manufacturing the precision type since a while after they were exposed and after it faced along with the Lebanese government strong pressures from the Americans,” the source told the Iran correspondent of Kuwait’s al-Jarida newspaper.

Hizbullah also feared that the precision missile plants could be located by “Israel’s spies,” the source added.

Al-Jarida was the first media outlet to report the presence of Iranian arms factories in Lebanon in 2017.

“Hizbullah only needs to install those parts on these bodies in order for the missiles to become precision-guided,” the revolutionary guard source explained.

“In addition to Syria, the parts that the missiles require to be turned from normal into precision-guided are being manufactured in Iran, North Korea, China and Russia,” the source added, noting that “due to the Israeli raids against its Iranian arms shipments, Hizbullah has managed over the past years to smuggle arms factories from Bulgaria and Ukraine in the form of fragments, before successfully assembling them in Lebanon and Syria.”

“It accordingly no longer needs to import a lot of types of weapons from Iran,” the source added.

He revealed that an additional reason to shut down the precision missile factories in Lebanon was Nasrallah’s desire to “give credibility to his allies in the government, who denied the presence of such factories, putting at stake their credibility with the Americans and Europeans.”

“Hizbullah now has more than 250,000 normal and precision-guided missiles of the short, medium and long ranges that can hit any point in Israel,” the source added.

Hizbullah chief Nasrallah on Friday rejected what he called U.S. conditions for mediating the border and maritime dispute with Israel.

Nasrallah said in a speech that Washington is "using the talks" to discuss, and even make threats over, degrading his group's capabilities, bringing up an Israeli claim that Hizbullah has precision missile factories.

Nasrallah acknowledged his group has the weapons but denied it produces them. "So far in Lebanon there are no factories for precision missiles," he said.

What does Kuwait’s al-Jarida newspaper know about Hezbollah?

What does a shia terrorist know about what Kuwait's Al Jarida Newspaper knows?

As if Kuwait know about Hezbollahs secret weapons?

"Propaganda" is a word invented, endorsed, and used by Ebola! Shut up Mastica!

I wish a Lebanese company had control over these factories, instead of Hezbollah...

A Lebanese company who would manufacture these missiles for export...

Lebanon does not manufacture a simple tire for a vehicle and Mr. know all wants Lebanon to manufacture and export missiles!