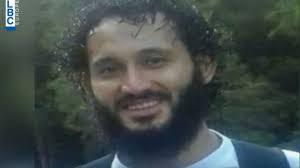 Eight people have been arrested in the wake of the deadly Tripoli attack on security forces, as new details have emerged about the assailant’s activities over the past few months.

After detaining Abdul Rahman Mabsout’s father and brother and another person who had ties to the gunman, army intelligence agents have arrested in the northern city five young men who media reports said belong to “Sheikh Kanaan Naji’s group.”

The reports said the five had links to Mabsout.

Other media reports meanwhile said that Mabsout had been detained two months ago when he sought to be employed at Tripoli’s port.

“He visited the directorate of Tripoli’s port but his application was rejected after the assessment of his criminal record and his joining of the ranks of Daesh in Syria,” al-Hayat newspaper said.

“Mabsout was infuriated when he heard the negative response, which prompted him to start cursing and threatening the port’s administration,” the daily added.

“The General Security agency arrested him at the port and handed him over to the Military Police, which released him after interrogation,” al-Hayat said.

Riding a motorcycle, Mabsout fired on police and army vehicles in different parts of Tripoli on Monday night, killing two police officers and two soldiers and wounding several others before blowing himself up later when confronted by troops.

Media reports said Mabsout was a former member of the Islamic State group who fought with the extremist movement in Syria. The reports say he had been detained upon returning to Lebanon in 2016 before being released a year later.

He looks happy and is named mabsout. How could he have so much pent up hatred?

This is a stain on Tripoli and should never be forgotten.