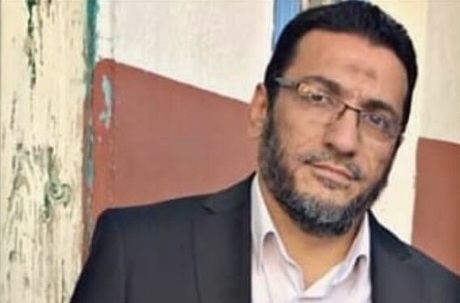 NNA said Jarrar, the group’s public relations official who is in charge of the Shebaa department, was gunned down while standing at the door of Shebaa’s al-Rahma Medical Dispensary which he ran.

He was hit by four gunshots to the abdomen as the attackers fled to an unknown destination, the agency added.

Jamaa Islamiya meanwhile issued a statement saying Jarrar was murdered by “the hand of treachery, collaboration and treason as he was performing his duty.”

“He was offering social, health, medical and relief services to every aggrieved and needy and to every widow and child from his region’s residents or from the (Syrian) refugee brothers,” the statement said.

Jamaa Islamiya is the Lebanese branch of the Muslim Brotherhood, a regional Islamist organization.

It wasn't immediately clear if the killing was politically-motivated. Such assassinations have been rare in recent years in Lebanon.

He was killed by Hezbollah, after helping syrian refugees and rebels. He was threathened before. A year ago he received death threats regarding his son unless he stopped his work. On the night of his assasination he was called late in the evening by someone who wanted to donate to his medical dispensery. When he arrived he received the gift, four bullets to his stomach. RIP

They are already in Dahieh and have become saints.

Wow, miracles do happen. Two this time on one occasion.
Firstly a terrorist gets killed.
Secondly a whole day, at least, has gone by and no one has blamed Israel.