Erdogan to Use Ties with Trump to Defuse S-400 Tensions 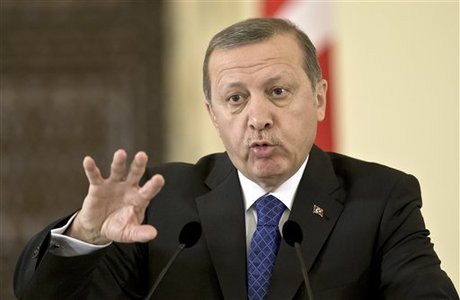 Turkish President Recep Tayyip Erdogan said on Thursday he will use his "good" relationship with U.S. leader Donald Trump to try to defuse a crisis between the NATO allies over Ankara's purchase of Russian missiles.

Erdogan and Trump are due to meet on the sidelines of the G20 summit in Osaka, Japan, at the end of June, a month before a US deadline to Turkey to renounce its deal with Moscow for the S-400s.

During a rare foreign media briefing in Istanbul, Erdogan insisted on his affinity with Trump, and drew a distinction between the US president and the administration.

Erdogan said his close relationship with Trump could allow for a favourable outcome to reduce tensions that have poisoned relations between the allies for several months.

"Our relations with Trump are at a level that I would describe as good. We discuss matters when there is a problem, we conduct telephone diplomacy," Erdogan said.

The Turkish head of state said he would ask Trump during their meeting at the G-20 whether he felt sanctions against Turkey were suitable.

"I am sure he does not believe this," Erdogan said, add that he did "not see such sanctions happening".

Earlier this month, acting U.S. Defence Secretary Patrick Shanahan wrote in a letter to Ankara that Washington would expel Turkish pilots from U.S. training on America's latest-generation F-35 fighter jets if it did not renounce the deal before July 31.

Turkey plans to buy 100 U.S. F-35s and its defence industry has ploughed significant sums for the manufacture of the warplanes.

The United States has also threatened to hit Turkey with sanctions if it goes ahead with the S-400 deal, but Ankara previously said it was prepared for any possible sanctions.

Ties between the NATO allies have been strained over Turkey's push to buy the system with Washington concerned over the system's interoperability with NATO equipment.

Ankara hit out at the "inappropriate" U.S. ultimatum and earlier this week sent an official response to the U.S., saying the letter was not "in the spirit of alliance".

Erdogan recalled that Turkey had paid $1.25 billion for the 100 F-35 jets and would seek compensation in an arbitration court if these aircraft were not delivered.

"Turkey is just not any country for the U.S., we have a strategic partnership going back so many years. They should think carefully because losing Turkey will not be easy," Erdogan warned.

He repeated his remarks at the weekend that the S-400 was a "done deal" and the system would arrive in the first half of the July.

"The positions where those missiles will be deployed have already been decided," Erdogan added.

Turkey has already sent personnel to Russia for training on the S-400.