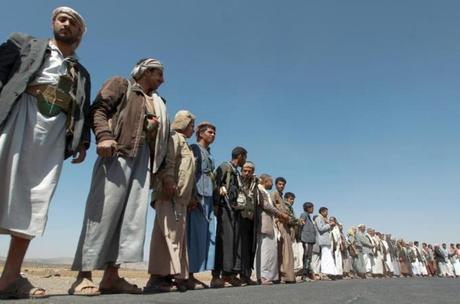 The men, among 36 defendants tried by the criminal court in the rebel-held capital Sanaa, have been in custody for the past year, the source told AFP.

The coalition intervened in Yemen in March 2015, a few months after the Iran-aligned Shiite Huthi rebels captured Sanaa.

The sentences have not been carried out.

Yemen's conflict has killed tens of thousands of people, many of them civilians, relief agencies say, and sparked what the U.N. terms the world's worst humanitarian crisis, with millions displaced and in need of aid.