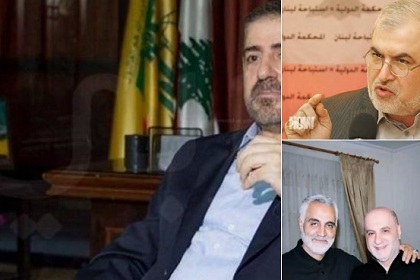 The U.S. Treasury placed two Hizbullah members of Lebanon's parliament on its sanctions blacklist on Tuesday -- the first time Washington has taken aim at the Iran-allied group's elected politicians.

Also placed on the blacklist was Wafiq Safa, a top Hizbullah security official.

"Hizbullah uses its operatives in Lebanon's parliament to manipulate institutions in support of the terrorist group's financial and security interests, and to bolster Iran's malign activities," said Sigal Mandelker, Under Secretary of Treasury for Terrorism and Financial Intelligence.

“Hizbullah threatens the economic stability and security of Lebanon and the wider region, all at a cost to the Lebanese people. The United States will continue to support efforts of the Lebanese government to protect its institutions from exploitation by Iran and its terrorist proxies, and to secure a more peaceful and prosperous future for Lebanon,” he added.

The Treasury's statement said today’s designations “also underscore that there is no distinction between Hizbullah’s political and violent activities.”

“Hizbullah itself makes no distinction between its military and political wings, as Hizbullah’s own leaders have acknowledged publicly, including (Mohammed Raad), who said in 2001, 'Hizbullah is a military resistance party… There is no separation between politics and resistance,'” the statement added.

Moreover, the Treasury accused Sherri of “threatening bank employees and their family members” after a bank froze the accounts of a U.S.-designated Hizbullah member.

“Sherri has maintained a close relationship with Adham Tabaja, a Hizbullah financier, whom OFAC designated as an SDGT in June 2015 for providing support and services to Hizbullah. Sherri and Tabaja have continued to do business together despite the latter’s designation. Sherri and Tabaja, among others, founded and were involved in a Lebanon-based company. Sherri also facilitated Tabaja's access to Lebanese banks and was directed by Hizbullah Secretary General (Hassan) Nasrallah to settle issues related to his designation,” the Treasury added.

Safa meanwhile, the Treasury said, has “exploited Lebanon's ports and border crossings to smuggle contraband and facilitate travel on behalf of Hizbullah, undermining the security and safety of the Lebanese people, while also draining valuable import duties and revenue away from the Lebanese government.”

What took them so long?

Safa meanwhile, the Treasury said, has “exploited Lebanon's ports and border crossings to smuggle contraband and facilitate travel on behalf of Hizbullah.

and the incompetent lebanese government was looking for reforms!

Expect a fiery speech by nasrallah this Friday.