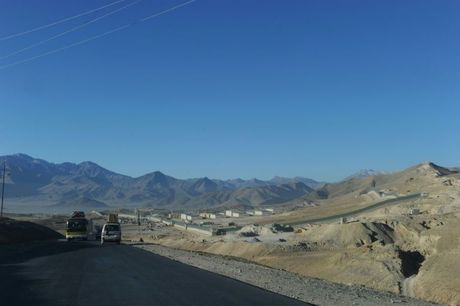 Afghan commandos must be prosecuted after they "executed" four civilians during a night raid on a medical clinic in central Afghanistan, Human Rights Watch said Friday.

Doctors and hospitals have been frequently targeted during the country's decades-long conflict, with 2019 already proving far deadlier than last year for aid workers.

Several witnesses told the US-based non-governmental organisation that Afghan special operations forces entered the clinic, the only one operating in Wardak province west of Kabul, on the night of July 8-9.

"They killed a family caregiver and then detained and bound staff and family members accompanying patients," HRW said in a statement.

Three other people -- a lab worker, a guard and another person caring for a patient -- were later found dead from gunshots. HRW said they had been "executed".

"Attacks on medical facilities challenge the very foundations of the laws of war, and will persist if those responsible go unpunished," HRW's associate Asia director Patricia Gossman said.

"It's imperative for the Afghan government to prosecute the commanders who ordered the killings as well as the soldiers who pulled the trigger."

Neither the Afghan defence ministry nor US forces in Afghanistan immediately commented. It was not clear whether the US military had supported Afghan troops in the raid.

HRW said deliberate attacks on medical facilities and the summary killing of civilians or incapacitated combatants are war crimes.

The clinic -- run by the non-governmental Swedish Committee for Afghanistan -- was attacked in 2016, allegedly by both international and Afghan army troops. Three people were killed in that incident.

On Wednesday, Toby Lanzer, deputy head of the UN Assistance Mission in Afghanistan, said 2019 has been a deadly year for health and aid workers. So far this year, 77 aid workers have been killed, injured or abducted compared with 76 in all of 2018, he said.

The raid came only hours after a team of Afghan representatives had met with Taliban officials at a historic summit in Doha where parties pledged to reduce civilian casualties to "zero".