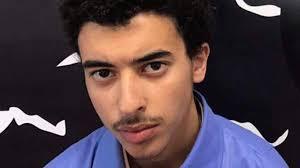 Libya on Wednesday extradited to Britain the brother of a suicide bomber who attacked an Ariana Grande concert in Manchester in May 2017 and killed 22 people, officials said.

Salman Abedi's brother Hashem, who was arrested in Libya days after the bombing, was handed over to British officials and then flown to Britain where he was arrested for murder, Greater Manchester Police said in a statement.

"He has today been successfully extradited for offenses relating to the Manchester Arena attack," it said.

Asked about the arrest, British Prime Minister Theresa May said it was "an important moment in the investigation.

"I hope it is a welcome step for the loved ones of all the victims," she said, condemning the "appalling" and "senseless" attack.

Manchester police said Abedi was also being arrested for attempted murder and "conspiracy to cause an explosion likely to endanger life."

He is expected to appear in a London court on Thursday.

A spokesman for the Libyan force which had held him earlier told AFP that Abedi was "in the plane headed for Britain".

Ahmed Ben Salem of the Special Deterrence Force (Radaa), an armed group which serves as the capital's police, said he was being extradited in line with a decision of the Libyan judiciary following a request from Britain.

According to Radaa, the brother has allegedly acknowledged that he was in Britain as the attack was being prepared and was "fully aware of the details".

His father was also detained in Libya but released a few weeks later.

Salman Abedi carried out the bloodiest terror attack in Britain in more than a decade when he detonated a suicide bomb after a concert by Grande, leaving many children among the dead.

Libya's internationally recognized Government of National Accord (GNA), which is based in Tripoli, said in April that Hashem Abedi's case was being determined by the North African country's courts.

Libya has been mired in chaos since the ouster and killing of dictator Moammar Gadhafi in a NATO-backed uprising 2011.

The Abedi family, originally from Libya, had fled to Britain during the dictatorship, but the brothers returned to the country along with their father when the uprising began in 2011.

There has been a surge in fighting since military strongman General Khalifa Haftar launched an offensive on Tripoli, seat of the GNA, on April 4.