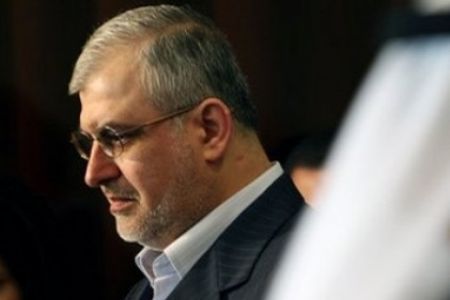 The head of Hizbullah’s Loyalty to Resistance bloc MP Mohammed Raad on Sunday stressed that his group would teach Israel a lesson should it wage a new war on Lebanon.

“We laud anything that heals the rift in our domestic arena and anything that brings the parties together and consolidates our internal situations,” Raad said during a ceremony to honor students in the southern town of Harouf, apparently referring to the reconciliation that was reached Friday at the Baabda Palace.

“We must draw everyone’s attention to the importance of not turning a blind eye to the strategic existential enemy that is lurking against us; sowing divides, problems and discord among us; inciting us against each other; and pushing countries to back a camp against another,” Raad warned.

He added: “The enemy is readying to wage war on us, but the resistance is ready to confront it with our men, society, capabilities and everything we have prepared for it. It would be delusional if it is thinking that it can defeat our society. It must rather expect a paralysis of its entity and that its fate will be at stake.”

“We will teach it an additional lesson that threatens its presence and continuity should it think of launching any hostile war against our country,” Raad went on to say.

I have the utmost respect and deepest admiration for Mr. thunder of the Loyalty to Resistance bloc for drawing attention to the existential enemy that is lurking against us; sowing divides, problems and discord among us; inciting us against each other.

Even if Israel were to think of military activities on its northern border, it certainly would not be a "war on Lebanon"
Israel has no military or other problem with the internationally recognised legal Government of the Republic of Lebanon.
The only problem it has on its northern border is with the Hizbalah terrorists who defy the rule of the government in Beirut, refuse to abide by the UN Resolution 1701 and attempt to construct tunnels across the border into Israel to prepare to attack that country from within.

Mr. Raad looks, as do the other Hezbullah leaders, like a reasonable man, so why doesn't he call Lebanon's Shia majority out on the streets for the celebration of the end of confessionalism: a sacrament accomplishes what it symbolizes. A guy in Israel tells me this is because Hezbullah is afraid Israel would use majority rule as an excuse to practice collective punishment on Lebanon. That assumes Hezbullah, and/or Iran, are Israel's enemies. Not proved. Israel's enemy is God, who ordained us to be reasonable people or else. Lebanon is coming around, I think. But Hezbullah is certainly playing it very close to its chest. I hope these reasonable men are as honest as they look. Not quite honest is not honest at all.