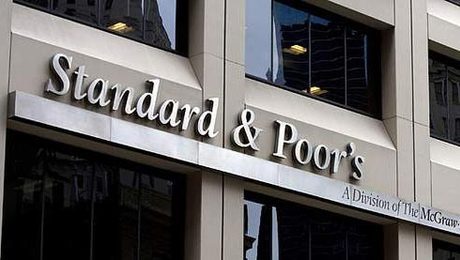 Al-Joumhouria newspaper said the reports are based on “high-level contacts between Lebanon, the U.S., a host of other countries, the agency itself and similar international agencies.”

“Keeping the current credit rating for another six months is aimed at giving the government an additional chance to execute a number of projects and reforms to revitalize the economic and financial situation in the country, in light of the poor financial liquidity that the various sectors and even ordinary Lebanese are complaining about,” informed sources told the daily in remarks published Wednesday.

Parliament Speaker Nabih Berri meanwhile told his visitors that he has a “positive feeling and impressions” regarding Standard & Poor’s report but not concrete information.

“How will there be a negative rating at a time the Americans are offering support and military grants to the Lebanese Army, the last of which was worth $60 million? In addition, the atmosphere in the country is encouraging and we have passed the state budget and reached a significantly slashed deficit,” Berri added.

He also cited the latest reconciliation at the Baabda Palace and the resumption of cabinet sessions.

Thanks to "العهد القوي" and it's accomplishments, the fact that most Lebanese became Poor is the Standard.

Berri is buttering up the americans. He is shit scared he and his gas stations in michigan be next on list of terrorist