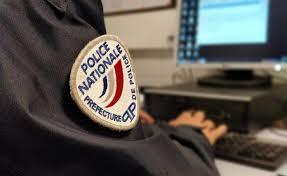 French authorities have confiscated the service weapons of two police members over fears of Islamist radicalization, sources said Friday, in the wake of the stabbing to death last week of four police staff.

The assailant in the October 3 attack was a police IT expert who converted to Islam about 10 years ago and, according to investigators, had adopted increasingly radical beliefs.

The interior ministry has been under immense pressure to explain how it missed potential warning signs from an employee who had worked for years at the Paris police headquarters where he stabbed four colleagues to death with a kitchen knife and an oyster shucker.

The two police members were disarmed over suspicions that they too had become radicalized, a source in the Paris police said, without giving their names or ranks.

A request has been filed to suspend one of them, the source added. All French police carry semi-automatic pistols as service weapons.

The interior ministry has set up a dedicated cell to track potential Islamist radicals within the ranks of the security forces.

Le Parisien newspaper reported this week that 19 interior ministry employees were under surveillance.

Interior Minister Christophe Castaner has admitted there had been a "malfunction" in not reporting warning signals from the attacker, Mickael Harpon, who had defended the massacre of 12 people at the Charlie Hebdo newspaper in Paris by two brothers vowing allegiance to Al-Qaeda.

French President Emmanuel Macron blamed Harpon's attack on "a distorted, deadly Islam" and vowed to build in France a "society in a state of vigilance."