Report: U.S. Plans to Withhold Aid if Hizbullah Gets Role in Lebanon Cabinet 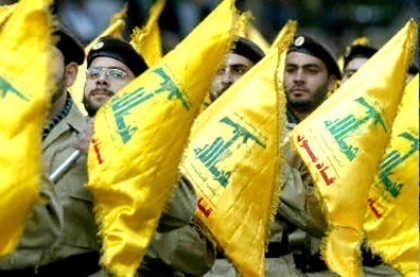 U.S. Diplomat David Hale reportedly told officials in Lebanon that his country is to withhold aid to the economic-stricken country if Hizbullah gets ministerial seats or indirectly controls the new government, Nidaa al-Watan daily reported on Monday.

Informed political sources said Hale told officials he met in Beirut that the US intends to deny aid to a Lebanese government in which Hizbullah is represented, and that Washington does not intend to give a “password” for the Gulf countries to provide assistance to Lebanon, said the daily.

The sources said Hale has relayed a “firm” message to officials regarding the position of Lebanon in the region, warning that “any bias” in this area would be “strictly” unacceptable.

Haled reiterated persistence of US sanctions against Hizbullah and Iran and that the Lebanese state must distance itself from the party.

During his two-day visit to Beirut last week, the US diplomat said Washington is ready to help Lebanon “but can do so only when Lebanon's leaders undertake a credible, visible and demonstrable commitment to reform.”

Hale had met with the president, parliament speaker and caretaker prime minister Hariri.

He did not directly comment on the appointment of the new PM, Hassan Diab saying only that the United States “has no role in saying who should lead” a Cabinet in Lebanon or anywhere else.

Oh please, please Hassuna, do dare play the cat in the hat with the US just to see how low will the Lebanese pride go!

This is what will happen if Iran has its way in Lebanon and Iraq. With a Hizbollah government this is a reality. Puppet Diab will be the Useful Idiot to implement the bloody crackdown and use fake pretense to force the army to implement the crackdown. Luckily Thuwar are not fouled this time.
https://www.yahoo.com/news/special-report-iran-leader-ordered-090548148.html

Good at putting words, sometimes. Better at insulting all the time.

Doing anything good for Lebanon, nothing. You and your HA philosophy drove it to the ground.