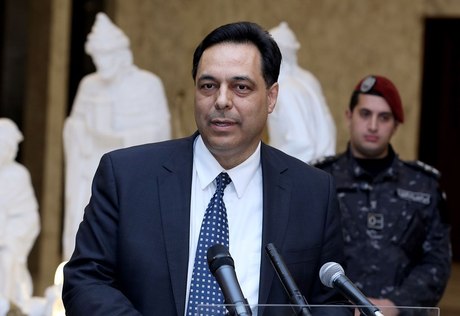 Efforts to form a new government suffered a new setback Thursday evening, after optimism surged in the wake of a meeting between Speaker Nabih Berri and Prime Minister-designate Hassan Diab.

“It seems that the government formation process has been put on hold and Marada Movement sources have said that it turned out that there are eight ministers who are loyal to (Free Patriotic Movement chief Jebran) Bassil,” MTV reported.

“Marada sources said that joining the government is not a stroll, adding that they prefer to enter it with dignity,” the TV network added.

The sources also said that Marada will not “obstruct the government’s work” but “will not take part if this government is Bassil’s government.”

“It turned out that there are veiled faces who are loyal to Bassil,” they decried.

MTV added that another obstacle is related to MP Talal Arslan’s demand to get the industry portfolio for his party.

In this regard, President Michel Aoun “suggested raising the number of ministers to 20 to allow appointing a second Druze minister, but PM-designate Hassan Diab is insisting on keeping the number at 18,” MTV said.

It said that the Marada is also demanding two seats instead of only one, adding that Hizbullah is expected to intervene to resolve these obstacles.