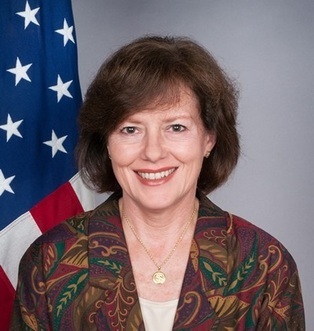 Diplomatic sources told the daily that the new ambassador, Dorothy Shea, is expected to arrive “soon” in Beirut. She is a “staunch supporter” of US President Donald Trump's policy, said the sources.

Shea was deputy chief of mission at the U.S. Embassy in Cairo.

According to information, Trump seeks to “change the performance of the Lebanese embassy with Lebanese parties by appointing an ambassador close to his hard-line policy.”

The “Lebanese will see a different and stricter approach than before,” according to sources.

The new ambassador speaks both French and Arabic languages

Dude.. she's neither catholic nor evangelical... She's a strict Pastafarian.. from the church of the Flying Spaghetti Monster.. reformed...

The write-in campaign to put Bassil and Berri on the list of US sanction have started. Let us hope for 1,000 letter sent this month by professional Lebanese-American to their respective senators, president Trump and Mike Pompeo. Sample draft letters are available for those who needs it.