Ukraine ex-Prosecutor Accuses Biden of Pushing for His Dismissal 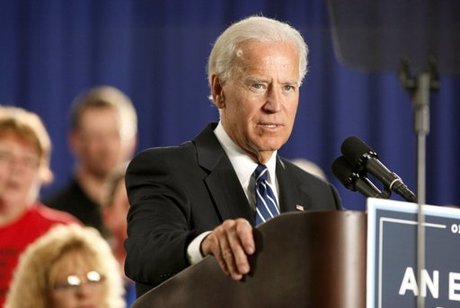 Ukraine's ex-prosecutor general has filed a complaint against former U.S. vice president Joe Biden, accusing the contender for the Democratic nomination of repeated pressure seeking to force his dismissal.

Viktor Shokin, prosecutor in 2015-2106, filed the complaint with a Kiev court which in turn has filed a request with Ukraine's investigative office the DBR to open a probe, his lawyer Oleksandr Teleshetsky told AFP.

Contacted by AFP, the DBR could not confirm if an investigation had been opened.

Allegations that President Donald Trump had sought to pressure Ukraine to launch a probe into Biden's family prompted his impeachment, although he was later acquitted by the Senate.

Ukrainian President Volodymyr Zelensky, who took office in May last year, has sought to keep his distance from the affair without harming relations with Washington or taking sides.

According to Teleshetsky, Biden had "called repeatedly" for Shokhin to be fired while he was working as prosecutor general.

He was at the time leading a probe into Ukrainian gas group Burisma, where Biden's son Hunter had a seat on the supervisory board.

The lawyer insisted that Shokin had no intention of interfering in American affairs or the electoral process in the United States. The complaint has "no political character", he said.

Biden is one of the leading Democratic contenders seeking the nomination to challenge Trump in this year's presidential elections.