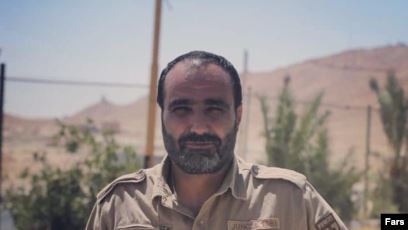 An Iranian commander has been shot dead south of the Syrian capital, a war monitor reported Saturday.

Farhad Dabirian was killed on Friday in the Sayyida Zeinab neighborhood outside Damascus, the Syrian Observatory for Human Rights said, identifying him as a commander in Iran's Islamic Revolutionary Guard Corps (IRGC).

Iran's Fars news agency said that Dabirian had been "martyred", without specifying his rank or whether he was a member of the IRGC.

It said he was tasked with guarding a Shiite shrine south of the Syrian capital.

Iran has deployed personnel from the IRGC in Syria to support President Bashar al-Assad.

Both Fars and the Observatory said Dabirian had participated in battles against the Islamic State group in the desert town of Palmyra.

Syrian troops backed by Russian jets took back the ancient town in 2017.

The Britain-based Observatory, which relies on a network of sources inside Syria, called the death an "assassination" but did not suggest who was responsible.

The Guards hold sway over myriad militia groups whose ranks include fighters from Afghanistan, Iraq and Lebanon.

The head of the IRGC's foreign operations arm, Qasem Soleimani, was killed in a U.S. drone strike on Baghdad airport at the beginning of the year.