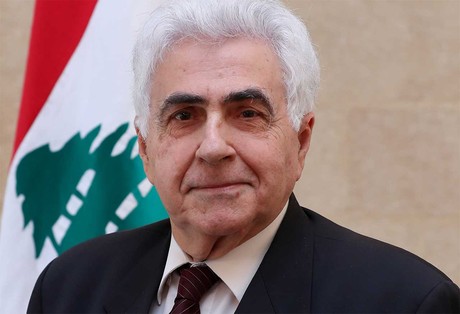 Lebanon denounced on Thursday the Israeli aggression a day earlier against a “Lebanese civilian vehicle” near the Jdaidit Yabous crossing and called for filing a complaint with the Security Council.

“We condemn the aggression carried out by an Israeli warplane on a Lebanese civilian vehicle targeting it with two missiles near Jdaidet Yabous,” the Foreign Ministry said in a statement.

“Foreign Minister Nasif Hitti has given instructions to the Permanent Representative of Lebanon to the United Nations to submit a complaint with the Security Council about this violation,” added the statement.

On Wednesday, an Israeli drone targeted a Hizbullah car just inside Syria near the border with Lebanon, without casualties.

The drone attack came a week after Israel's military released a video it said shows Syrian officers and Hizbullah members working together on the edge of the Israeli-occupied Golan Heights. Israel has warned for years of what it calls Iran and Hizbullah's "entrenchment" in southern Syria close to Israeli army positions.

There have been several drone attacks near the Golan Heights in recent months targeting Syrians said to be working with Hizbullah, according to Syrian opposition activists.

Iran-backed Hizbullah has been officially fighting in Syria to support the Damascus regime since 2013, helping the regime regain key parts of the country.

Israel has carried out hundreds of air strikes in Syria since the start of the war in 2011, targeting government troops as well as allied Iranian forces and Hizbullah fighters.

It is rare for Israel to claim responsibility for such strikes directly. It says Iran's presence in neighboring Syria poses a threat and has vowed to continue its strikes and prevent arms deliveries to Hizbullah.

"On Wednesday, an Israeli drone targeted a Hizbullah car just inside Syria near the border with Lebanon"

What violation is this "independent" and "expert" iranian talking about if the car was targeted inside Syria??!!

and what was hezbollah car doing in Syria in violation of the dissociation policy?

Civilian vehicle, really? A vehicle whose passengers are confirmed iranian terrorists such as the son of Imad Mughniyeh is no 'civilian' vehicle.

It's a car in Syria. Maybe bring up the fact that the drone may have been over Lebanese land instead. What a kizb puppet!!