Israel Vows to Deliver ‘Blow’ to Lebanon if Hizbullah Strikes 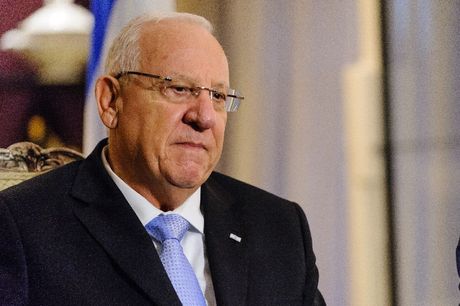 The Israeli president threatened the Lebanese government and that “it will be held responsible for any aggression practiced by Hizbullah against Israel,” vowing to deliver a “fatal blow” to Lebanon if the party attacks.

“Israel holds Lebanon and its government responsible for any aggression that Hizbullah might commit against Israeli targets," Reuven Rivlin said at a ceremony held in Jerusalem on Monday.

He said “Hizbullah is equipping itself with weapons with the aim of undermining the state of Israel,” threatening to “strike the dens of terrorism, its perpetrators and those who finance it.”

Rivlin pointed out that Israel “is not at war with the Lebanese people,” but “as long as Hizbullah continues to exploit the people of Lebanon to serve the interests of foreign countries, the responsibility for sovereignty rests with the government of Lebanon, and it will be responsible for any action committed by Hizbullah from inside Lebanese territory.”

“Israel is taking all measures possible to prevent a war with Lebanon, but will not hesitate to deal a fatal blow to the enemy wherever it exists,” he threatened.

Two entities that need each other to exist!

The root of ALL our problems is EBOLA...

Don't then say that you haven't been warned.
The solution is in the hands of the Government of the Republic of Lebanon and in compliance with United Nations resolutions. Force all non-governmental military forces to disarm, insert Lebanese Army and UNIFIL troops between Hizballah terrorist forces and the Israeli border, and then things will begin to improve.
If Hizballah doesn't like it then they have two alternatives, fight the Lebanese Army or leave Lebanon, it is up to them.

Would you really like to guess where I was born, I have nowhere to go back to.

Hariri chided Aoun, saying, "I know how to deal with Hezbullah: I'll just say 'pretty please', and they'll roll over like a pussy cat."

So now we know who bombed Lebanon!