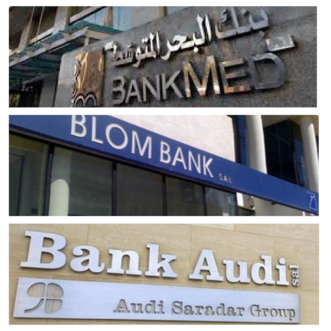 Lebanon’s troubled banks are reportedly seriously considering filing lawsuits against the Central Bank of Lebanon and the Lebanese government to make them pay back their debts, al-Joumhouria daily reported on Wednesday.

Banks who were reportedly “shocked” over the outcome of Baabda financial meeting, demand the collection of loans granted to the state, and recover the certificates of deposit (CD) offered to the Central Bank, said the newspaper.

According to information, the lawsuit will be filed with the courts in New York if the banks decide to take the step. Parallel cases may be brought before the Lebanese judiciary, added the daily.

The government is in charge of spending and policy. I would go after the Mp's and BDL for fraud and misrepresentation.