Rahi: Lebanon Wants Back its Identity 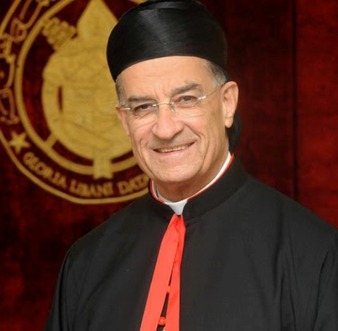 “We said nothing new when we demanded Lebanon’s neutrality from regional conflicts. We want back our basic identity, a neutral Lebanon, a civil state, pluralism and coexitence,” said Rahi in a statement from the patriarch's summer residence in the northern town of Dimane.

“Lebanon was open to all countries, east and west, except Israel which occupied our land. Lebanon was Switzerland of the east ... Today, Lebanon has become isolated from the whole world. This is not our identity. Our identity is positive and constructive neutrality, not a warrior Lebanon,” added the Patriarch.

He emphasized that “neutrality is a basic international, European and Arab demand. When we demand neutrality we demand commitment to justice, safety, human rights and that bridge between the East and West. We must not antagonize the whole nations.”

In his Sunday sermon, Rahi also stressed the importance of Lebanon's neutrality and indirectly criticized Hizbullah over its role in regional conflicts.

Too little too late Patriarch El-Rahi. You are indeed a sellout and you are NOT my Patriarch anymore. I miss Patriarch Al Sfeir for his courageous stand against the Syrian occupiers back then. Patriarch El-Rahi should have made these statements at least 6 years ago. At this stage, where we are right now, we are way deep in the hole... Thanks El-Rahi for not standing up to Aoun and Hizzbullah all these years. I can't help but call you a sellout.

How about run for office Batrak. Same with Mufti Derian. They talk about ending sectarianism, yet all politicians as soon as some incident happen, or take a stand on something immediately they head to Bkirki or Dar Al fatwa to inform both occupants on what's going on and to get their blessings. I did not know these religious figures also made public policy and engaged in foreign affairs. They might as well be MPs or Ministers without portfolios. That'll work

this man of religion is no longer getting any money or at least a lot less of what he was getting, so now he sings a different tune. After he gets the cash from Aoun he will flip back to his old ways and support the government wait and see!!!