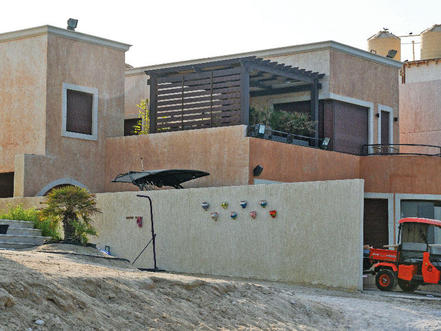 “Security agencies raided a chalet in the Bnaider area which was inhabited by the network’s mastermind -- an Iranian resident who is married to a Kuwaiti citizen,” Kuwait’s al-Jarida newspaper quoted unnamed sources as saying, adding that the busted web is linked to Lebanon’s Hizbullah.

“The agencies raided four other locations that were being used by the suspect -- a house, a ranch in Wafra and two apartments in the capital and Salmiya,” the daily quoted an official Kuwaiti Interior Ministry statement as saying.

The sources meanwhile told the daily that investigations have revealed that the suspected network had been practicing its activities for the past five years and that it also comprises two Kuwaitis, an Egyptian and an Iraqi-Belgian citizen.

“The operations were being carried out through a bank in the Gulf and the money was being sent to a regional state,” the sources added.

“These four suspects confessed to being middlemen for their boss and that their role had been limited to buying and selling at his orders,” the sources went on to say.

The main suspect meanwhile confessed to having “broad relations with state officials” in Kuwait in addition to close ties to a number of people convicted in another case, the sources added.

“Some of the suspects reportedly held auctions on social networking websites and sold cars and expensive watches and jewelry worth over three million dinars,” the sources said.

So called 'party of god' is doing something illegal--who would have thought?

I guess this is different from the jihad on agriculture and industry that someone was talking about.

Oh no; that is a big surprise!!! How could Ashraf Al Nas do that...