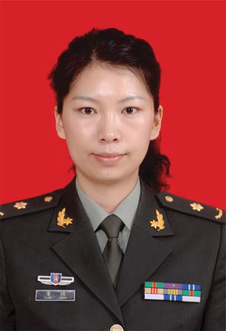 A Chinese researcher who U.S. authorities say hid her ties to the People's Liberation Army has taken refuge in Beijing's San Francisco consulate to avoid visa fraud charges, in a case Beijing denounced on Thursday as "naked political persecution."

According to a court document filed this week in a separate case in California, Tang Juan, a cancer treatment researcher at University of California-Davis, lied about her position as a PLA civilian medical official on her visa application last year.

The document filed Monday, in the separate visa fraud case of PLA-tied researcher Song Chen, said that after FBI agents interviewed Tang on June 20, she took refuge in the Chinese consulate in San Francisco.

The Tang and Song cases are the latest in a series of U.S. arrests of Chinese researchers for allegedly hiding their ties to the PLA or Chinese Communist Party in visa applications to study or do research in the United States.

Tang's status was mentioned in Song's case to justify a federal prosecutor's argument that the recently arrested Song should not be released on bail because she is likely to try to flee the country.

The cases come amid boiling trade, military and diplomatic tensions between Washington and Beijing.

On Wednesday, the State Department said it had ordered China to shut its consulate in Houston, accusing Beijing of ramping up spying and intellectual property theft operations.

"These activities have increased markedly in scale and scope over the past few years," the department said.

Asked early Thursday about Tang, Chinese Foreign Ministry spokesman Wang Wenbin said he had no information to release at the moment.

However, Wang said, the U.S. government "has continually monitored, harassed and even arbitrarily detained Chinese students and scholars in the US, and accused Chinese scholars on the presumption of guilt."

"This is naked political persecution," he said.

The cases come as the United States cracks down on what is says is a drive by Beijing to obtain US scientific and industrial secrets to bolster its own technological capabilities and economic strengths.

A key target has been researchers with military ties, including civilians associated with the PLA.

According to the charges in her case, Tang arrived in the United States on December 27 on a research exchange program. On her visa application, she answered "no" to questions about whether she ever served in the military or was a member of or affiliated with a communist party.

The FBI said it later found pictures of her in uniform with insignia for the PLA "civilian cadres," and identifying information describing her an associate researcher at a Chinese air force hospital.

In a search of her apartment in Davis, California, the FBI said they found documents indicating she was a member of the Chinese Communist Party.

Other recent cases have similar details. Song was charged Monday after more than a year working as a researcher at Stanford University.

Investigators said she falsely claimed that she had ended her service in the PLA in 2011, but actually continued to work in an air force university.

On June 11, US authorities arrested Wang Xin at Los Angeles International Airport, 16 months after arriving in the country to conduct research at the University of California-San Francisco.

He was charged with visa fraud for not being fully truthful about his ongoing position as a PLA professor of medicine. Authorities accused him of sending back research to China from his US host.

Another unnamed woman who had done research at Duke University in North Carolina was similarly investigated but allowed to leave the country on July 12.

The Justice Department said Liu's operation was aimed at bringing in Chinese who would recruit U.S. citizens to work in Chinese research programs.

"On her visa application, she answered "no" to questions about whether she ever served in the military or was a member of or affiliated with a communist party."
Is this AFP's idea of satire?

But from what AFP tells us, she answered the questions truthfully. I'm sorry, AFP, for my uncalled-for sarcasm.