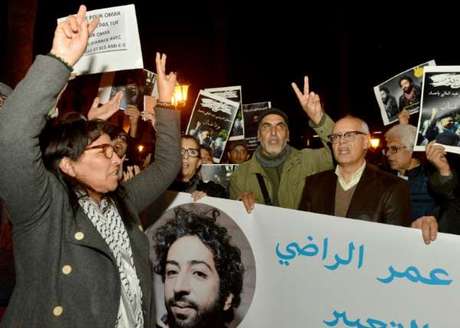 A prominent Moroccan journalist and activist was Wednesday placed in pre-trial detention on charges of rape and receiving foreign funds for the purpose of harming "state security", the justice ministry said.

Omar Radi has been transferred to Oukacha prison in Casablanca and his trial will begin on September 22, the ministry said in a statement.

The prosecutor has requested that the investigating judge look into "offences relating to indecent assault with violence and rape" after a "citizen filed a complaint."

Radi is also the subject of an investigation into the receipt of "funds from foreign parties with the goal of harming internal state security."

He cultivated "contacts with agents of foreign countries in order to undermine Morocco's diplomatic position," the statement said.

The investigation into Radi's purported receipt of foreign funds began in late June, the day after a report by Amnesty International alleged that software developed by Israeli security firm NSO Group was used to insert spy-ware on Radi's mobile phone.

The journalist has since been repeatedly questioned by the judicial police.

"I have never been and never will be in the service of a foreign power... I am neither a spy nor in the pay of another country as an agent," Radi said, describing the accusations against him as "ridiculous".

In March, the 33-year-old activist was sentenced to a four-month suspended prison sentence for criticising a judge.

A coalition of nine human rights and media organisations, including Reporters Without Borders, on Wednesday called on Moroccan authorities to "cease intimidation" of Radi.

"Radi has been targeted by the authorities for his critical investigations... as one of the few journalists in Morocco who covers the corruption and business relations of the monarchy and its networks," a statement by these organisations said.

It further urged the United Nations and the U.S. Department of State, among others, to "strongly denounce the arbitrary summons and false accusations levelled against him by authorities."