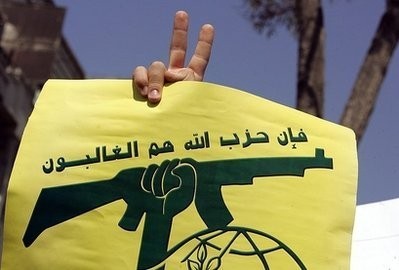 France has reportedly conveyed “assurances” that the ruling in the murder trial of ex-PM Rafik Hariri will not be followed by international procedures against Hizbullah, and that France has played a major role to make that possible, al-Joumhouria daily reported on Monday.

Quoting diplomatic sources, the daily said: “Paris has assured Hizbullah that ruling in the assassination case of Hariri will not be followed by an international course or effects against the party, and that Paris has played a fundamental role in this field.”

The sources added that France has in return asked Hizbullah to show “lenient” positions and stop media campaigns against the Gulf States, reported al-Joumhouria.

According to the sources, Paris will also work to control the behaviour of Bahaa Hariri, the son of the slain ex-PM, so that anti-Hizbullah regional powers do not invest that in their own interest.

It added that the new French ambassador will continue the task of direct contact with Hizbullah, and an expert assistant will assist in this matter.

A UN-backed tribunal will give its verdict Friday on the 2005 murder of former Lebanese premier Rafik Hariri.

The suspects are four alleged members of Hizbullah. They are on trial in absentia at the court in the Netherlands over the huge Beirut suicide bombing that killed Sunni billionaire Hariri and 21 other people.

That would be the most stupid deal ever! Plus France does nit have this kind of leverage over the Tribunal...

Exactly. Also not every news source you pick from other agencies are credible. Please have some descent fact checkers and vetting of articles fro other sources before you publish them on here.

So now that Israel has offered humanitarian and medical aid to Lebanon following on the terrible explosion in Beirut Port, I can only presume that the Lebanese Government controlled by Hizballah will refuse this aid.

common sense, Hariri was MURDERED by Hezbollah/Syria because he was a powerful Sunni that conflicts with (Hezbollah/Iran) Shiite agenda. Do you think the people are stupid?

Take the aid from Israel! People don't need to starve over Hezbollah politics. They are called the "enemy" yet offer the Olive branch. WHERE IS OUR GOVERNMENT AID/OFFICIALS? HIDING? Too scared to show their faces? Where is Hezbollahs aid to the people? Waiting on world handouts? You all are pathetic. REVOLUTION ● RESIGN ● REFORM. Praying that Lebanon becomes a French mandate so that Hezbollahs arms are removed or they relocate to Syria. France will NOT allow them to provoke Israel and bear arms. Lebanon cannot govern herself; requires an international government for just 10 years (UNTIL IT GETS BACK ON ITS FEET WITH A CLEAN SLATE).

Disarm Hezbollah and send them to Syria to fight Israel there in the desert where they will be defeated. They are using citizens as "human shields" and paying them "pennies" to shut up. They are a "parasite" to Lebanon, taking all and giving nothing. Today, the people in the streets are burning Nasrallahs pictures; his days are limited! The Hezbollah controlled government must RESIGN immediately. The people of the Relublic of Lebanon demand REVOLUTION ● RESIGNATIONS ● REFORMS

Trico. Do you read what you write.... actually do you type it ? Or it’s Siri which does?